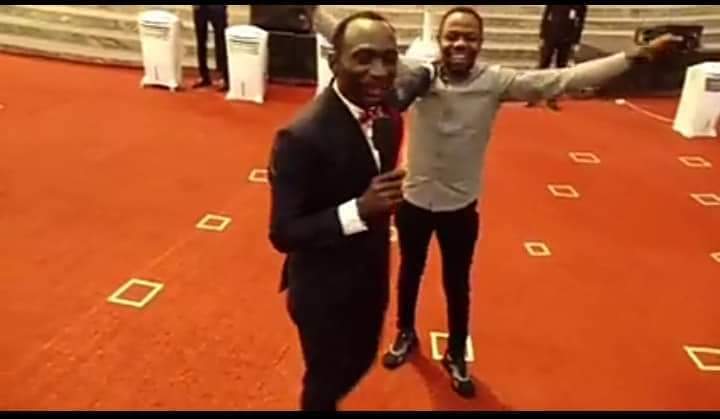 THIS IS THE BROTHER I HUGGED & HE USED THE SAME DRESS HE WORE WHEN I HUG HIM TO HUGGED A WIZARD & THE WICKED UNCLE WAS ELECTROCUTED.
(He Hugged A Transformer)

Dr. Pst. Paul Enenche Shared A Testimony Of A Brother In A Power Communion Service, 12th May 2021.

“One of our young men in this Church, I am sure he must be in the service tonight, God began to help him, within two years he build, building almost three estate in this town, and then after he connected to this Commission, he went to his village and built his mother a house and dug borehole, then he went to the village I think to commission or to dedicate or hand over the house to the mother, then a wizard, a terrible uncle, they said if that uncle shook hand with anybody, he was dead, if he say I am coming to see you, that is death coming, that was how the man was. So, this boy went to the village, and the uncle sent to his compound that he is coming to see him, his offense was that he dug borehole, he built house for his mother, his mother began to panic, please run, please go, don’t let him see you, the boy said to his mother you don’t know where I am coming from yet. Sometime back I saw him and I hugged him, hugged him very well, he said when he heard the man was coming he wore the dress that I used to hug him, so when the man came, the man brought out his hand to shake him but he rejected the hand, he hugged the man, his mother said what! What did you do? He said Mama you don’t know what I am talking about.

The first night the man told the village people I have made a very big mistake, the man was buried yesterday. He hugged a transformer.